Austin James
From the 1988 Television show ‘Probe’ which was cowritten by Isaac Asimov. Inventor, Scientist and Crime Fighter.

I will post the first scenario for our teams to solve on Friday, unless everyone is ready by tommorrow and we can start then. The person who posts his team after me will be responsible for coming up with the next scenario for us to solve after this weeks escapade. And the one after him/her will do the next one, and so forth…

I wonder who will pick Sam Carter or Superman first. d: I don’t remember reading whether “gods” will be ok this time.

I wonder who will pick Sam Carter or Superman first. d: I don’t remember reading whether “gods” will be ok this time.

I already picked Sam in the other thread. Just needed to decide on a different robot, since I waited too long to get Cameron.

I think I have my full team picked now, but pictures and quotes are forthcoming.

“You know, you blow up one sun and suddenly everyone expects you to walk on water.”

“I don’t know about the rest of you, but I’d be just as happy if this stayed nice and simple.”

“Oh, I’m sure it isn’t appropriate at all. But then I hate to be appropriate.”

Team Dyno-Mite is ready to roll.

What rules will be posted for this league?

the team of destiny 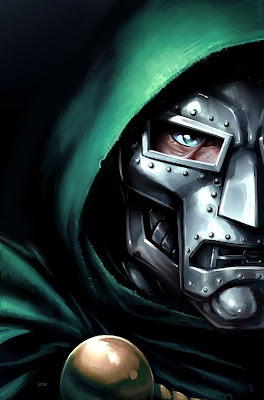 That could get real interesting.

As before, here’s my team.

Sure come on in, the water is fine…

And welcome to GWC!

Ok, I’ve officially rebooted my team. When we last left our heroes I had picked:

[LEFT]I felt this was a good team. A strong team. Solid balance between serious and silly.

…this of course was a complete mistake in my own opinion. I went for cool and funny characters when I should play to my own strengths. For example, just because I choose Ender does not mean I can come up with a strategically brilliant solution everytime…I am me. If you want a great example of this just check out my Helm’s Deep solution and laugh as I trip over myself.

So, with this in mind I went back to the drawing board. My only rule was I would not select anyone already picked (DAMN YOU Cat-EM-UT! I still can’t believe I didn’t think of Tony Stark! Brilliant choice!)

My new slate boasts three new choices, all of which have not been selected by anyone, ever.
[/LEFT]

Scientist, Sheldon: I still can’t believe no one had picked him ever. It suddenly occured to me and I looked over prior picks he was not to be found. A scientist’s scientist. Expert knowledgable in all fields, encyclopedic understanding of all things as long as it isn’t pop culture related.

Warrior, Shepard: Carries an arsenal. Can be paragon and renegade in his solutions. If Chuck got Cortana with Master Chief Shepard gets EDI. Shepard also gets the girl, the Turian, Miranda…basically if it isn’t nailed Shepard may seduce it.

Alien, Martian: My bezerker weapon. Quiet except for the occasional, “ACK ACK!” carries a power dissengration weapon and has an army of UFOs with similiar type of larger scale beams that can wipe out huge groups of beings in second.

As a friend would say: I am getting that, “We’re gonna WIN!” feeling[/LEFT]

Sovereign is a god! No fair!

Sovereign is a god! No fair!

This is prothean slander.

I will replay Team Daisuke AKA “Team Conan” for the next round of badassery.

I may also throw in some solutions for Team Shepard as time permits or inspiration hits me.

Is it too late for me to try to enter a team?

Is it too late for me to try to enter a team?

Jump in. The water is fine.

Finally catching up with podcasts, unfortunately missed Fantasy Sci-Fi as it happened, but I had what seemed to be an awesome idea for a team today. Maybe not your A-Team, maybe not your B-Team, but definately your H-Team for hilarity. Without further ado,