Any Mecha based anime suggestions?

Off the top of my head I can think of only 3 that you didn’t list.
Neon Genesis Evangelion
Big O
RahXephon

I’m sure there are more, but I would recommend these as Ive seen them. Love me some city stompin robots.

I don’t think it is technically anime, but there was a short lived Battletech animated series in the late 90’s.

Place Promised in Our Early Days
Hoshi no Koe
Memories (1995 movie)
Gundam SEED Stargazer
Iriya no Sora, UFO no Natsu (excellent series)
Saikano
Flag
MS 08th Squadron
Legend of the Galactic Heroes (long series, but an excellent space opera)
Full Metal Panic series (there’s multiple seasons, do not confuse it with FM Alchemist)
Escaflowne (from creator(s) of Gundam, Early Yoko Kanno work)
RahXephon (2nd vote)
Gundam 00 (second season is much better than first, but you have to sit through 1st season to appreciate the 2nd)
Nadesico (parody of sorts, watch after you’ve seen a “bunch” of anime)
Vandread (2 seasons)
Sousei no Aquarion
Gurren Lagann (once you get past the character designs, the story is very good)
Gunbuster 1 and 2 (part 1 is a paroday, get the OAVs first, movies second)
Zegapain (starts slow but picks up around episode 12 or 13)
Bokurano (kind of depressing)
Heroic Age (low priority)

I hope this helps.

Neon Genesis Evangelion
Unless your sane and not suicidal. If you are, it wont change a thing.

I know Evangelion, over-hyped as it is in my beliefs, is popular. But, my opinion is RahXephon is a better Evangelion than Evangelion was.

Still, if you can stomach a whiny, eyesore of a protaganist, watch Evangelion just to know what the fuss is about.

Thanks for the suggestions, It looks like I have a lot of searching to do.

Gundam 00, One of the best mecha animes recently made.

I prefer the 1st season over the 2nd but on a whole the show is awesome.

Is being shown on Sciffy late on mondays so you can record it with out any problems, it’s half way through the second season though. So it won’t make a lick of sense, but theirs big robots fighting.

Either way it was great stuff.

Either way it was great stuff.

I would recommend Gundam Wing except the first half of the series is so…cheesy? I watched it with an anime club when it was released. We laughed at moments that were supposed to be completely serious, and the series takes itself too seriously. The heroine had severe mental deficiencies the first half or quarter of the series. “Hero, come kill me…” is a famous quote.

But, the latter half of the series is great, even awesome. But, the first half hurts it overall imo.

Plus, I got sick of Two-Mix music. d:

Edit: Thanks for the vote of confidence on my list btw. Tall Geese is one of my favorite mechs though.

lol, ok the come kill me was pretty funny but you gotta take it in context. Even so, it was a “moment.”

Also, everytime Hero proclaimed “I’m going to kill you.” - he never did.

lol, ok the come kill me was pretty funny but you gotta take it in context. Also, everytime Hero proclaimed “I’m going to kill you.” - he never did.

Oh, man. I dunno how long I’d last in a Gundam Wing the drinking game.

Edit: Thanks for the vote of confidence on my list btw. Tall Geese is one of my favorite mechs though.

Tall Geese is one of my favorite mechs though.

Oh man, Tall Geese was THE mech in the entire series. It was always my favorite. Even Gundam Zero paled in comparison to Tallgeese’s awesomeness. 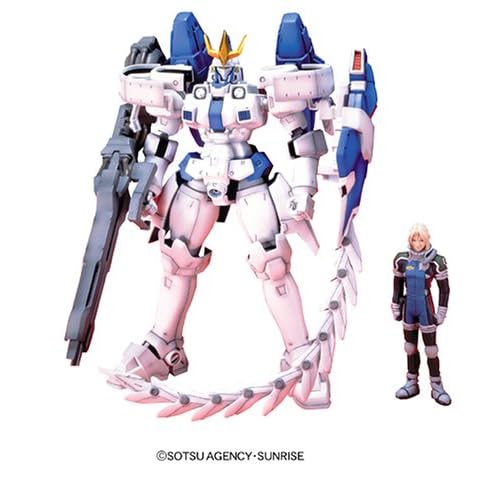 Oh man, Tall Geese was THE mech in the entire series. It was always my favorite. Even Gundam Zero paled in comparison to Tallgeese’s awesomeness.

I see what you did there. d: 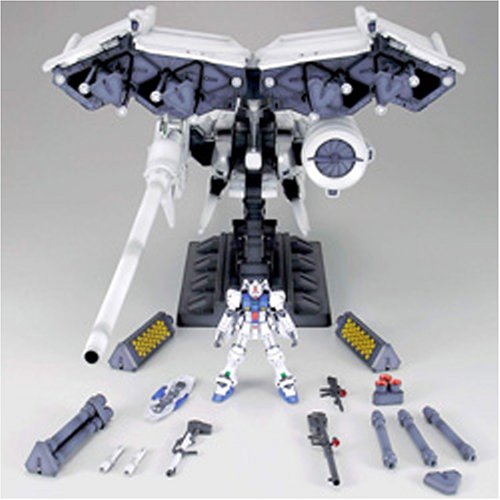 I’m trying to find a Youtube video of a great moment showing this unit in action.

Some favorite quotes.
[spoiler]“They call this a mobile suit?”

I intend to “get” a few of these shows- specificly Gundam. Does it matter which order I watch the different series in, or are they all seperate?