This was in the What-If Arc Thread:

I was disappointed with the What If arc. Not because they were not entertaining, but instead I felt they failed to achieve something interesting. Instead of a What If arc we got a Would You Rather. I was hoping for something more like: What if Han Solo was never rescued? What if Neo decided to work with the bad guys like Cypher did? What if Riker accepted any of his promotions offered to him (this could have been looked at two ways: How would it have affected the Enterprise or how would his ship have been run)? These would have been more interesting.

Chris Hardwick stated in #265, and I’m paraphrasing, a geek is someone who over analyzes everything. This we could have over analyzed in spades.

To take this a step further, we could have handled it like the Fantasy Sci-fi League. Allow the hive to submit their ideas and then each of you could have picked your favorite to air. And then dissected and debate the choice.

What could have been…

Though I don’t agree with his (or her) disappointment in the Arc (I enjoyed it a ton!)

zaleuhe did inspire an idea, though. An alternate reality arc. I know the cast has talked about Alternate Reality type stuff a bit before, but a whole Arc about it (or at least a full cast) would rock so hard.

Alt Reality (including Alt Realities) is one of my favorite Sci Fi Tropes, besides Time Travel (even though they both tie together in a lot of cases, i.e. the Alternate 1985 from Back to the Future II)

I think this is an excellent idea for a podcast arc. Take your thought to the next level: Why is this a good subject? Who are the possible interviews we can solicit? What are some examples from all media that would be in scope?

Like time travel, alternate universes are a mainstay of sci-fi and fantasy shows. Star Trek has its mirror universe. It’s the basic premise of Fringe. Buffy, Futurama, Charmed, Supernatural, Smallville, and many other genre shows have had at least one “what if?” episode set in an alternate universe.

I think this is an excellent idea for a podcast arc. Take your thought to the next level: Why is this a good subject? Who are the possible interviews we can solicit? What are some examples from all media that would be in scope?

Like time travel, alternate universes are a mainstay of sci-fi and fantasy shows. Star Trek has its mirror universe. It’s the basic premise of Fringe. Buffy, Futurama, Charmed, Supernatural, Smallville, and many other genre shows have had at least one “what if?” episode set in an alternate universe.

Well, it is a good arc idea because, like Badger said, it’s a mainstay in a ton of sci-fi. Plus…well, “Sliders” was such a good damn show!

TV: Sliders (natch), plus again like Badger said all the shows that have featured Alt Reality eps, especially’ the Mirror Universe stuff from Star Trek.
There’s “Mirror, Mirror” from TOS, “Yesterday’s Enterprise” and “Parallels” from TNG (tho they weren’t in the “Mirror Universe”, just Alternate Realities), “Crossover” (plus a few other eps) from DS9 and “In a Mirror, Darkly” from ENT.
Plus the Holly Hop Drive takes the crew to that alternate world where they (almost) all have female opposites, all the Ace Rimmer and the later version of Kochanski stuff from “Red Dwarf”
Buffy the Vampire Slayer had some eps dealing with the Alternate Sunnydale, with Vamps having taken over the world…also everything with Dawn is technically an alternate reality.
“Dual! Parallel Trouble Adventure” is a cool anime based on two opposing worlds.

Movies:
“Star Trek” (2009) reboots the whole Trekverse with an Alternate Reality story.
BTTF2 features a big chunk of it in Alternate 1985.
“Spirited Away” takes place in a kind of Alt Reality Spirit realm place.
“It’s A Wonderful Life” is an older example.
“The One” (one of my top 10 movies) is all about jumping realities.
“Super Mario Bros” is a god awful but perfect example, as Dinosaurs evolve into Humanoids in that reality.
“The Butterfly Effect” is a great example, underrated too IMHO.

Comics:
I never really read enough Comics to give informed suggestions on this subject, but I know there are tons of that kinda nonsense going on in comics.

RPGs:
The D&D Universe is a Multiverse that contains all the game worlds as alternate dimensions.

I’m sure I can come up with more, but it’s late damnit!

“What would life be like if the GWC Crue did an Alternate Reality Arc?
Let’s watch, shall we?” 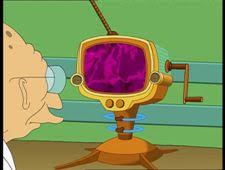 Watchmen was an Alt Reality series.
I remember X Men had the Alt Future arc where an adult Kitty Pride came back to prevent her future from happening.
DC had their multiverse, until one of the Crisis series came and wiped them out. But I think they are making a comeback…
And wasn’t Codename Spitfire and Spiderman 2099 part of a Alt Reality series of titles? I think it was called New Universe or something…

The upcoming New Earth movie explores multiverses, as well as Sliding Doors and a few others. And of course What the $#@& do we know? covers it very well…

And another version of this is the popular ALt History. A staple of many SF writers, what if Hitler won the war? What if Rome never fell? What if Kennedy never got assassinated? … and so forth.

Edit:
As for interviewing I would suggest SM Sterling. Stephen Michael Stirling is a French-born Canadian-American science fiction and fantasy author.

But yeah, Fringe and Sliders would be a good fit here, LOTS of comics (Spider Man, Xmen, The DC Elseworlds books). The new Trek movie is an obvious fit as well. Harry Turtledove alt reality books about the civil war and WWI and II.

There’s a crapload of stuff

I also forgot the documentary “The Confederate States of America” it’s a documentary told from the perspective of modern day America if the South had won the Civil War.
A bit low budget, but very interesting. And a lot of it is based on real happenings and items from “our version” of things.
I recommend it.
P.S. It’s streaming on Netflix