We watch and greatly enjoy Disney’s take on Rapunzel, Tangled, discussing falling as a form of fairy tale death and the role of single parents in fairy tales. Audra takes us through the long history of the Cinderella tale, with a side of Bobbit. (No, really.) And we run down the week in geek, including VW’s Star Wars-themed dog ads, facial recognition applications in advertising, and a copyrighted Batmobile. Also, we have some fun at the expense of Ikea and the concept of shopping tourism.

Chicken Little made me really lose faith in what remained of Disney’s animation studio. And I thought the commercials for Tangled made it look like another crappy cartoon movie. And the beginning 10 minutes or so turned me off. And by the end of the movie, I loved it. It only gets better with multiple viewings. And the soundtrack is totally worth having.

The Cinderella sequels don’t measure up, but they’re worth checking out. II continues the story, and III has some parallels with the Star Trek reboot.

I totally know what you guys are saying about Ikea! We went into there a couple times trying to get some furniture way back when and felt the same way about “The Maze”. Heaven forbid you ever want to “run in/run out”. Crazy, crazy place…

In regards to Ferrari never suing over kit car production: It is my understanding that Ferrari is a racing company first. The only reason they produce production vehicles is to sustain their racing teams and to do extended technology research on their designs. They know that a garage selling Fiero conversion kits of the F40 isn’t taking money from them since no one buying those can actually afford a real Ferrari. They do however protect their trademark red since that is an integral part of the brand recognition. Maybe the real story is different but that is what I think fhe situation is.

Chuck, y’all come up to my family’s lake place in Wisconsin in the summer and I’ll show you how to Water-ski. You’d frakking love it. It’s way better than snow skiing in my opinion. I’d show you how to wakeboard too but honestly Shooter Jr is way better at it than I am.

I’m like the opposite of the standard GWCer. Movies like Tangled I tend to see in the theater when they come out, whereas something like Iron Man I see six months later when it’s out of DVD or whatever. (this is not by choice really but rather cuz I got kids)

Enjoyed Tangled, and as is typical of Disney the songs were incredible. In terms of animation and story etc, Pixar seems to have surpassed Disney. But Disney still wins in the music front.

Another version of the Rapunzel story is Barbie’s Rapunzel. The Barbie movies tend to be a tad more wholesome than Disney movies in my opinion and better for younger kids…less aggressive language like “Stupid” “Shut up” for etc. etc. And they also focus on a type of art…singing, dancing, painting.
In Barbie’s Rapunzel, the focus is painting. Music in the Barbie movies are pretty great too.

It’s hilarious that Audra mentioned how much the old lady in Tangled looked like Deanna Troi, because when I saw the movie I assumed that Marina Sirtis did the voice. I had no basis for that, and now knowing I’m wrong tells me that I had the same impression as Audra, but went another way with it.

Awwww, no love from the Crüe for Ikea?! I love that place, lol! Seriously, I’m not the type who will ever make a piece of furniture from scratch, but I can put together an Ikea bookshelf like nobody’s business!

+1 for the Chuck E. Cheese reference. Nolan Bushnell definitely had a good idea with that place. 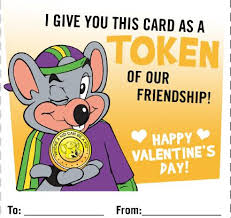 Another version of the Rapunzel story is Barbie’s Rapunzel. The Barbie movies tend to be a tad more wholesome than Disney movies in my opinion and better for younger kids…less aggressive language like “Stupid” “Shut up” for etc. etc. And they also focus on a type of art…singing, dancing, painting.
In Barbie’s Rapunzel, the focus is painting. Music in the Barbie movies are pretty great too.

Absolutely, Thot! Puddy still has a few of those videos- enjoyable and with a kinder delivery.

I swear, you’re my brother from another mother!

Absolutely, Thot! Puddy still has a few of those videos- enjoyable and with a kinder delivery.

I swear, you’re my brother from another mother!

And you’re my sister from another mister (i love rhyming things).

Barbie Princess and The Pauper is the very best of course. I think Ferris and Talos will back me up on that statement.

Oh, Little Red Riding Hood. We had to do a project when I was… 8? where we had to rewrite a fairytale from the villain’s point of view. I picked Red Riding Hood and did it as the wolf’s death row attempt to clear his name, using anti-wolf prejudice on the part of society and Red Riding Hood’s killing her grandmother for insurance and then faking her death as the real story.

…I watched a lot of true crime shows as a kid.

I’ve noticed there’s a lot less literary adaptations of Rapunzel than there are of some other well-known Western fairytales. Usually Rapunzel as a character is seen more as a set piece in the background because the hair is iconic. Tangled did a great job with a story beyond “I am stuck in a tower and the prince who keeps climbing up here got me pregnant, oops,” so this gives me hope for more creative adaptations.

In defense of Ikea, I’ve got a solid kitchen cart that’s been put through its paces, 2 moves, and is still great. So maybe it depends on what you buy.

Spanish for Little Red Riding Hood is “La caperucita roja,” (the little and there’s a super cool novel by the Spanish writer Carmen Martin Gaite called Caperucita en Manhattan. In my mind it’s all about independence and liberty, it’s a cool version of it. Unfortunately I don’t think it’s been translated to English yet

Sithwitch makes a good point - Rapunzel really isn’t as adapted as other fairy tales, many of the key elements aren’t as easily adapted/transformed to other contexts as, say, a trip through the forest to grandmother’s house.

The last few podcasts about fairy tales have set me humming some of the songs from Sondheim’s “Into the Woods.” so if you explore fairy tales again sometime, the way that all of the stories are kind of mashed together and stuff happens (and I quite like the music) could be cool to talk about.

Bill Willingham’s comic “Fables” is also a good fairytale mishmash, Casilda! Don’t know if you’ve ever read it, but I highly recommend it. Cinderella and Snow White are completely awesome, Prince Charming is a serial womanizer, and Rose Red is actually remembered in a story! And Sleeping Beauty is a secret weapon. Fans of ABC’s “Once Upon a Time” might find some similarities, but OUaT is definitely the Disneyfied “fairytales in the real world” story. (For a very good reason–owned by Disney! Makes for some great cameos and shout-outs, though.)

Jim C. Hines’ Princess series is another great mishmash, with wonderful strong female characters. Fans of “Ever After” would probably love it–Cinderella is named Danielle and has a glass sword.

After listening to the podcast and the rant about Ikea, I was reminded of an in-depth article Mental Floss did about Ikea…and it was not flattering. After reading that, I have no desire to ever buy anythiing from that place. I can’t remember what issue it was in though.